Recently I was contacted by Animal Planet, who wanted to come and film our puppies for one of their shows. It was certainly a bit exciting but I was very hesitant to allow filming. In the end the really nice animal-loving team at Animal Planet talked me into it. 🙂 I felt really reassured that they were all dog-lovers and that they only ever show good practices and support ethical breeding.

So we will have a film crew here on three different days (all day long) to film our puppies growing up from bitty babies to big babies 🙂  It will showcase the good things we do here to encourage neurological stimulation, mental and emotional growth and lots of confidence. I hope that watching the episode featuring our puppies might encourage puppy-seekers to look for breeders that do more for their puppies than just “keep them alive” in a locked box in a basement, garage, barn or cement-floored kennel.

I hope it will encourage puppy-seekers to look for breeders that raise their puppies in an environment rich with sensory stimuli and human socialization that helps to prepare them for the life of living with  humans they have ahead of them.

And of course the kids will hopefully learn a little something interesting about television filming and production and all that goes into a 15 minute clip (like three days of 6-8 hours of filming).

The show will feature the dogs and the puppies (and not me!) which is probably the only reason I agreed. I don’t think I would ever like to see myself on screen! I can barely walk into a party of strangers let alone have a video camera pointed at my face 🙂 Now I just have to cringe at the idea of America seeing the inside of my humble (and usually cluttered with kid and dog stuff) home!  😉

We will be following Autumn’s litter of pretty puppies so for the families that will be adopting one of Autumn’s babies you can watch your puppy on Animal Planet whenever the show’s season 3 airs. I’m not a tv watcher so I have no idea when the next “season” will begin!! But when it does there will be some lovely red Eden puppies running around being irresistibly adorable. 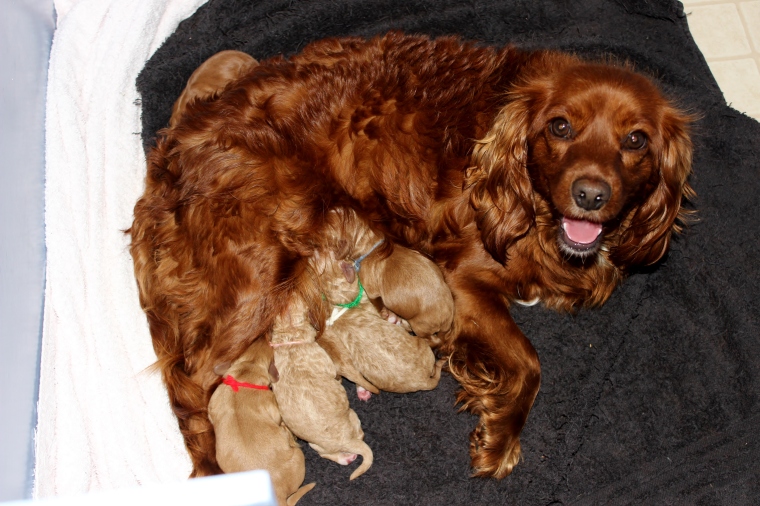 One thought on “Eden Puppies on the Small Screen”

All advertisements on this page are posted by Wordpress and are not recommended by me. If you want a review of a dog product please contact me via email. EdenOrchards@gmail.com and I'll be happy to post one.