Sometimes Hollywood’s depiction of dogs rubs me the wrong way. They misrepresent the true nature of dogs and mislead people. This, I believe, leads to more homeless dogs as well as unethical breeders popping up to sell the newest Hollywood flavor of the week. So here is a small, warm proclamation for all dog lovers.

My dogs are better than Lassie. They are better than any fictional dog Hollywood has ever invented. And so is every dog I’ve ever been fortunate enough to call my friend. 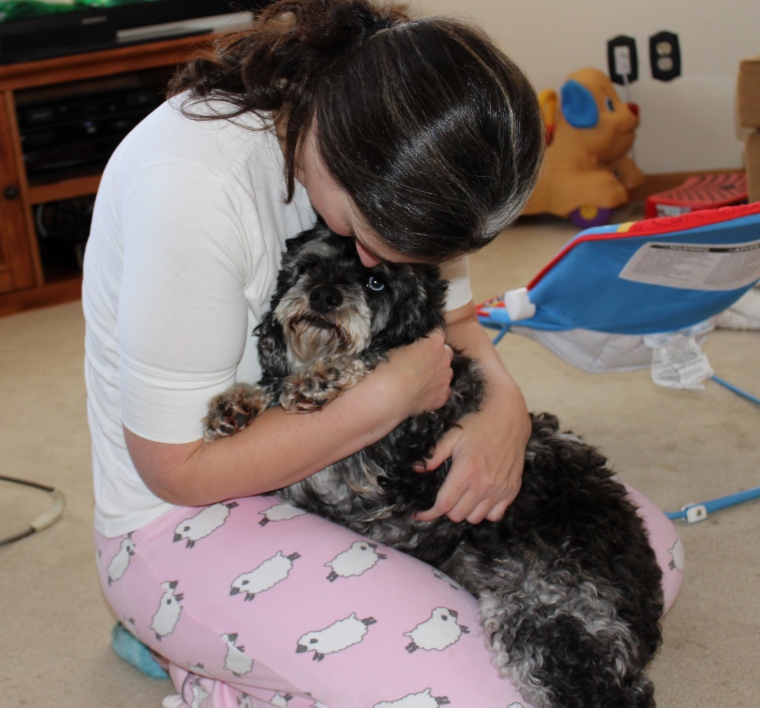 Seem like an arrogant claim? Well, my dogs have never gotten me rescued when I’ve fallen down a well and they’ve never saved Christmas by learning to fly Santa’s sleigh and they’ve never escaped a fur-mad woman intent on turning them into coats.

But my dogs are real dogs. They don’t need Hollywood to pretend they are little people with fur coats to make them special. Dogs are already special, in all their dogginess. They don’t need to be like furry people and if they were I think I wouldn’t love them as I do. My dogs won’t ever interfere with my love life or select my dating prospects, they won’t help me to avoid a bad business deal and they aren’t going to do my taxes (I’ve already tried that one. Ok just kidding).

Hollywood loves dogs because dogs are incredible (which is why people love dogs). And dogs do incredible, heroic things all the time. I have to admit I love reading the newspaper articles about dogs that have helped their people-often giving their very lives in their devotion. Like the adopted stray mutt that leaped in front of a motorcycle intentionally to save his two people-children, who had toddled into a busy street. Or the pit bull that gave her life to save her owners (A couple and their baby) when the house was being robbed by men with murderous intentions. And there are countless tales of real dogs that have saved children in wells or from poisonous snakes or families from people with evil plans.

And then there are dogs that are every-day heroes. They wake up and work all day to help their disabled owner. And others that go to libraries and encourage children to read. Some go to the hospital and bring healing joy to people in physical and emotional pain.

And then there are dogs that are every-day heroes even when they don’t have the incredible training and/or temperament of specially selected therapy and service dogs. But they wake up every day and are the heroes to the children that love them. They are the friends to the adults that love them. They are amazing little creatures that share a special relationship with people without ever needing Hollywood magic because their imperfections and dog-nature are what make them beautiful.

Anyone that owns and loves a dog knows what I mean. Maybe you’ve had a situation like I’ve had recently? Maybe you became very sick and received terrible, life-altering news. In my case our (my and my husband’s) dream of having many children had ended rather abruptly. This is very hard for me to accept. And when I received the news I became emotionally devastated on top of feeling physically miserable and exhausted.

And when I walked in the door from the hospital stay to my messy home I was feeling much more dreary than the bright spring weather outside.

Of course the love from my wonderful people-family helped and I’m not saying they didn’t care but some things are too personal to mourn openly. Too many people were reeling over my sudden illness to give any thought to the consequences and loss of potential future children and it wouldn’t have been well understood had I mentioned my pain.

But in the quiet of the morning when all my humans were sleeping I sat on the floor in the kitchen feeling overwhelmed and alone. My little furry friends slipped into the room to help me mourn. They didn’t offer consolation by saying “It just isn’t God’s plan” or “you have several beautiful  children” or “be thankful for what you have”. They couldn’t if they wanted to, but you can see in their eyes that they don’t want to say a word. They know that sometimes it is better to just be silent but adjacent.

They sat there with me and helped me cry.

Anyone with dogs knows that they “just know” when something is wrong. My dogs didn’t nag me for attention, they didn’t try to do tricks to get a pat or some breakfast. They didn’t do anything but offer their company. On any other day they’d have been as close to me as they could get without being rude. They’d have wiggled ingratiatingly and rolled onto their backs to solicit belly rubs. I’d have had toys dropped in my lap and sitting dogs facing me with eager, expectant expressions. I would have seen wide, laughing, panting mouths and energetically wagging tails.

But I didn’t get any of that. They slipped in the room like shadows and sat next to me, subdued. They didn’t sit in my face or even ask for attention in the politest of manners. They made their intentions clear. They knew I was sad before the tears came and they were there to sit with me until I was ready to get up and go on.

When you’re having a dark moment and you wind up with that gentle, furry little head softly placed on your knee, those soulful eyes pouring into yours and that slowly waving tail that says “I’m here, my friend” you know that Hollywood magic can never capture the true beauty that is the canine.

They sometimes chew the wrong object or poop in the walkway instead of their designated space in the yard. Sometimes they squabble with one another or chase the squirrels instead of retrieving the tennis ball. Sometimes they bring their food onto the carpet or even leap out of the bathtub uninvited and all covered in soap. Sometimes they paw me for attention or get caught on the sofa when I come in the front door. And they can even get cranky, too.

My dogs require consistency to remember their manners and they required hours of training their first year of life. They didn’t just “know” what I needed them to do and sometimes they simply didn’t agree. There is no Hollywood magic when your dog proudly brings you the 8 pound goldfish from the unfinished koi pond in the front yard of the home you just moved into. (Apparently some Cockapoos are proficient fisherman). There is no magic when your dog gets into the garbage that was left uncovered and subsequently gets sick on your favorite rug. And those moments are much more common for the average dog owner than the “Chase just saved little Tommy who fell down the well” moments that sometimes occur.

But I’d take a hundred “Good morning, Mom. I just dropped my treasure on your chest while you were asleep in bed. Look, it is a mole! Why yes, it is still alive. Don’t you know you left the side door open? I went out and found this and I love you so much I thought I’d share” moments over a single silver-screen “my puppy can play basketball” moment. Because one is real and honest and the other is just a fiction that hides the true magic that is having a canine in your life.

Dogs are beautiful because of (and not is spite of) their wonderful doggy-ness. The human-canine relationship in all its real glory is a magical one all by itself. So eat your heart out Hollywood, my little pack of intentional-mutts beats out fiction any day of the year.

2 thoughts on “My dog is better than Lassie, is yours?”

All advertisements on this page are posted by Wordpress and are not recommended by me. If you want a review of a dog product please contact me via email. EdenOrchards@gmail.com and I'll be happy to post one.